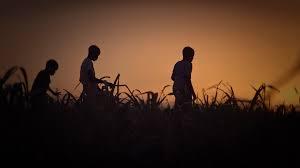 More than 80 years have passed since the 1937 Parsley Massacre, when, under orders from then-Dominican Republic dictator Rafael Trujillo, a mass murder of Haitians and Dominicans of Haitian descent was undertaken by the Dominican army.  Anti-Black, xenophobic and nationalist rhetoric motivated the genocide, which is ongoing today, with Haitians and Dominicans of Haitian descent continuing to be violently targeted by the Dominican state. In 2013, the Dominican Republic’s Supreme Court further solidified the country’s state-sanctioned dispossession of these groups by revoking the citizenship of individuals with Haitian parents, retroactive to 1929, rendering 250,000 people bereft of their identity and statehood.

Haitian-Canadian filmmaker Michèle Stephenson’s documentary, Stateless, the centrepiece film of this year’s Toronto Black Film Festival, takes a deep look at the centuries-long history of white supremacist hatred towards Haitians and how it’s been fomented by the Dominican state for so long.  The winner of the 2021 Special Jury Prize for Canadian Features at 2020’s Hot Docs documentary film festival, Stateless focuses on three individuals who have directly witnessed the impacts of this specific history — Rosa Iris, a young Dominican lawyer of Haitian descent who works tirelessly as an advocate for Haitians and Dominican Haitians; her cousin, Juan Teofilo Murat, who is one of those 200,000 people now rendered stateless by his own country; and Gladys Feliz, a trenchant Dominican nationalist who actively organizes in opposition to Haitian life under the false flag of Dominican pride.

Using these three figures as studies in how the Dominican Republic’s legacy of anti-Black propaganda, legislature and violence becomes both lived and embodied by its population, Stephenson is able to aptly shift her gaze between both the state’s perpetrators and its rightfully vehement detractors in a way that never appears to document “all sides,” but rather gives a more complete picture of the almost insurmountable level of hateful cultural and civic collusion that shapes the lives of Haitians and Dominican Haitians living in the Dominican Republic.

We witness Murat struggle to confirm his citizenship through Dominican-instated administrative hoops, which are both conveniently contradictory and foolishly inconsistent. With Iris, we see her grassroots activism burgeon into a run for congress, which culminates in what feels like an almost inevitable exemplar of electoral corruption by the state as well as death threats directed towards both her and her son. And lastly, with her foolhardy attempts at equating DR’s economic success with its supposed racial (and, thus, moral) purity, Feliz stands in clear relief to the former’s bids for freedom and stands as a lived portrait of anti-Black hate and xenophobia within the Dominican Republic.  In its gestures toward the urgent issues of migration, nationhood and identity uniquely faced by Dominican Haitians, Stateless enacts a range of narrative and cinematographic techniques in order to portray the realities of a people wholly abandoned and targeted by their country.

Most notably, Stephenson interlaces her film with the narrative of Moraime: a fable, inspired by the novel El Masacre se pasa a pie by Dominican author Freddy Prestol Castillo, which tells the story of a young Haitian girl attempting to flee from the Parsley Massacre, only to be violently brutalized and murdered by armed forces. These moments suspend the film’s more conventional formal manoeuvres with experiments in image and sound, poetic in their approach toward a magical realism. They imbue the film with vivid tonal qualities that feel akin to an emotional or spiritual salve.  Indeed, what Stephenson accomplishes best with her film is capturing what feels like an interminable disappointment in the state and ruling class, without ever denying us the freedom and boundless potential of poetry.  Capturing the truth of this state-sanctioned de-nationalization process — itself yet another present-day form of genocide — is to document the incessantly repetitive and violent nature of anti-Blackness and colourism in the Dominican Republic, as well as the way in which Hispaniola’s colonial history continues to echo and take shape.

For Stephenson to document the recurrent cycles of this institutionalized oppression while simultaneously presenting hope in Black organizing and liberation is a welcome vantage point as well as a timely reminder of the social potential of documentary filmmaking.  Michèle Stephenson’s ‘Stateless’ can be watched via The National Film Board of Canada’s media library, NFB.ca.

Sarah-Tai Black is a critic, film programmer and arts curator from Toronto. Their work largely focuses on the affective and functional capacities of Black life in screen images and visual media.