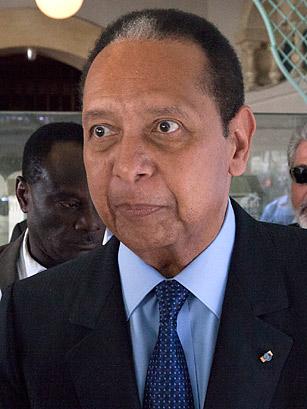 For 15 years, Jean-Claude Duvalier terrorised Haiti, skimming millions of dollars to finance his extravagant lifestyle. The crimes committed by “Baby Doc” between 1971 and 1986 have made it into the history books. But the story is far from over: the Haitian population is still waiting for the millions of dollars that the Duvalier clan hid in Swiss banks. Government officials and the courts have been dealing with this issue for more than 30 years. The Federal Administrative Court recently rejected a complaint from the heirs of a former Haitian minister, who wanted millions to be unfrozen. The verdict marks the latest chapter in the never-ending story of the Duvalier regime’s fortunes.

As early as 1986, Port-au-Prince sent a request for legal assistance to Switzerland. It was not until 2002 that the Federal Council (Swiss government) decided to freeze Duvalier funds in banks in Geneva, Vaud and Zurich - a total of CHF7.6 million ($8.3 million). In 2009 the Federal Office of Justice announced that the money would be returned to Haiti. A year later, however, the Federal Supreme Court overturned the decision following a complaint from the Duvaliers. In 2011 the Federal Department of Finance applied for the assets to be confiscated.

In addition to the Duvaliers, people connected to the clan also deposited millions in Swiss banks - the so-called “barons of the dictatorship”. For example, Frantz Merceron, Minister for Economy, Finance and Industry of the Republic of Haiti from 1982 to 1985. In the St Fleur Report, published in 1987 by the Haitian Minister of Justice, he was described as a banker for the Duvaliers who helped misappropriate public funds and accompanied them on their overseas shopping trips .

In 2015, the whistleblowing platform SwissLeaks revealed for the first time that Merceron had an account with HSBC bank. Five years later, the Federal Administrative Court ruled that the former minister was also a customer of Credit Suisse in Geneva.  The account was controlled by Opaline Group Services SA, a Panamanian company founded in November 2000, four months before opening a business relationship with Credit Suisse. In October 2001, more than CHF6 million had been transferred to the bank from another account operated by the Opaline Foundation based in Liechtenstein.

In response to a 1986 article in Le Monde diplomatique, detailing the “privatization of the Haitian state” and the systematic misappropriation of funds by the Duvalier dynasty, Merceron wrote that the assets were of “a purely private nature, they are funds that have been saved up over a long period of time and are documented.”  In 2005, Frantz Merceron died suddenly. His widow Muriel became the beneficiary of the Credit Suisse account, which in 2011 still held more than €4 million. The Federal Council decided to block this account in 2012, which the Federal Supreme Court confirmed despite a complaint from Muriel Merceron and Opaline Group Services AG.

In early 2020, the Department of Finance finally took the first step towards restoring Merceron's assets to Haiti by ordering the millions to be confiscated. Muriel Merceron died the day after that decision. The Merceron descendants, together with Panamanian Opaline Group Services, contested this decision. But the Federal Administrative Court has recently dismissed the complaint, ruling that the assets are in the name of Opaline, and struck the Merceron descendants from the proceedings. According to the Panamanian Commercial Register, the asset manager Arturo Fasana and the Geneva lawyer Dante Canonica are the directors of Opaline Group Services SA. Like the descendants of Muriel Merceron, the company is represented by Laurent Moreillon.