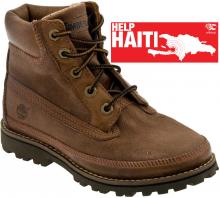 Below is an announcement by the Inter-American Development Bank (IDB) concerning a $9 million grant to promote  sustainable land management at Macaya National Park. The park holds one of the country's largest remaining forests and is of historical importance having a fort built by Jean Jacques Dessalines in 1804.  For more background about Macaya, take a look at this Forbes Article published in March 2013.

Below is a brief Caribbean Journal article concerning yesterday's joint launch by Haitian President Michel Martelly and Dominican President Danilo Medina of a reforestation project in NE Haiti.  The project is entitled "Regreening Haiti-DR" and is based on Dominican experience in forest recovery.  2013 has been designated "The Year of the Environment" in Haiti and, by expanding environmental partnerships, both countries stand to benefit. 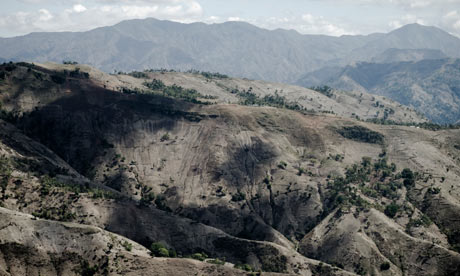 The Public-Private Alliance Foundation (PPAF) is holding a consultation on ethanol cookstoves at the United Nations on April 4th.  The purpose of the meeting is to bring together stakeholders that could expand production and use of ethanol in Haiti and to raise awareness about how clean energy could slow deforestation and created green jobs.  Another good source of information is Project Gaia, which has been promoting ethanol stoves in Mozambique, Nigeria, Ethiopia, Brazil, and most recently Haiti. The full announcement follows.

Any discussion on transitioning from emergency relief to development in Haiti must take into account environmental issues.  Environmental degradation is a major factor behind decreasing agricultural productivity, hunger and malnutrition, urbanization, and vulnerability to natural disasters.  Since the earthquake, the United Nations Environmental Program (UNEP) has been working with the Haitian government to build its capacity to address environmental challenges such as marine management, clean energy promotion, and trans-boundary reforestation.  A brief summary of UNEP's activities in Haiti follows below.

Regardless of the outcome of the upcoming elections, one hopes that promoting agriculture and rehabilitating the environment will be high priorities for the next administration.  Countries that import the majority of their food staples, as Haiti does, are vulnerable to price shocks when international food prices increase.  Rural development depends in large part upon making agriculture viable again.  This will require tackling environmental degradation, improving disaster preparedness, upgrading infrastructure and resolving long simmering land tenure issues. These challenges are difficult but not insurmountable.

Haiti Pro is new website for entrepreneurs interested in private sector solutions to Haiti's developmental challenges.  Haiti Pro Members can easily share videos of their ideas and efforts.  There are already a number of interesting clips on topics including dairy franchising, wood charcoal alternatives, reforestation, and women's groups.  Below are summaries of the clips that are in Kreyol and/or French.  Consider joining if you are interested in small business development in Haiti.

American Express is hosting a competition on its website where users (you don't have to be a member) submit ideas that could have a positive social impact if given a little bit of funding.  $2.5 million will be divided among the top 25 projects.  Let's face it - this is mostly advertising for American Express but a little seed money can go a long way.  There is one worthwhile Haitian project concerning reforestation in Les Cayes but you could always submit an idea of your own.  The deadline is August 18th.