The Top Solutions to the World's Biggest Problems (Reason Online) 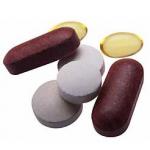 Copied below is a good article in Reason Online concerning the results of the 2008 Copenhagen Conference.  The purpose of the conference was to bring together the world's leading economists to  concentrate the attention of policymakers, charitable foundations, and members of the public on the relative urgency and costs of the world's big problems.  You might be surprised by the number one solution - suppplying Vitamin A and zinc children who lack them in the developing world.  The price tag is $60 million a year but the cost is dwarfed it by the benefits - stronger immune systems, less sickness and death, and improved cognitive development.  Read their proposed solutions and then vote whether you agree or disagree with their findings.

THE TOP TEN SOLUTIONS TO THE WORLD'S BIGGEST PROBLEMS

Copenhagen, May 30—Where in the world can we do the most good? Supplying the micronutrients vitamin A and zinc to 80 percent of the 140 million children who lack them in developing countries is ranked as the highest priority by the expert panel at the Copenhagen Consensus 2008 Conference. The cost is $60 million per year, yielding benefits in health and cognitive development of over $1 billion.

Eight leading economists, including five Nobelists, were asked to prioritize 30 different proposed solutions to ten of the world's biggest problems. The proposed solutions were developed by more than 50 specialist scholars over the past two years and were presented as reports to the panel over the past week. Since we live in a world of scarce resources, not all good projects can be funded. So the experts were constrained in their decision making by allocating a budget of an "extra" $75 billion among the solutions over four years.

Number 2 on the list of Copenhagen Consensus 2008 priorities is to widen free trade by means of the Doha Development Agenda. The benefits from trade are enormous. Success at Doha trade negotiations could boost global income by $3 trillion per year, of which $2.5 trillion would go to the developing countries. At the Copenhagen Consensus Center press conference, University of Chicago economist Nancy Stokey explained, "Trade reform is not just for the long run, it would make people in developing countries better off right now. There are large benefits in the short run and the long run benefits are enormous."

Nobelist and University of California, Santa Barbara economist Finn Kydland noted that unless the economies of developing countries grow, they will still be mired in the same problems of poverty ten years from now as they are today. "By reducing trade barriers, income per capita will grow, enabling more people in developing countries to take care of some of these problems for themselves."

The remaining top ten priorities addressed problems of malnutrition, disease control, and the education of women. For example, the number three Copenhagen Consensus priority is fortifying foods with iron and iodized salt. Two billion people do not have enough iron in their diets which results in energy sapping anemia and cognitive deficits in children and adults. Lack of iodine stunts both physical and intellectual growth. More than 30 percent of developing country households do not consume iodized salt. Correcting these mirconutrient deficits would cost $286 million per year. The other seven of the top ten solutions include expanded immunization coverage of children; biofortification; deworming; lowering the price of schooling; increasing girls' schooling; community-based nutrition promotion; and support for women's reproductive roles.

Take solution number seven, lowering the price of schooling. Nobelist and Chapman University economist Vernon Smith emphasized that this solution is not about lowering the cost of schooling, but reducing the price faced by poor parents who have to choose between sending their kids to school and having them work to supply household income. Ways to reduce the price is to supply vouchers or channel more public funds to schools. When Uganda cut school fees by $16 per year (60 percent), enrollment nearly doubled, with most of the increase in enrollment being girls. Smith pointed out that research shows that educating girls increases average productivity more than does educating boys. The cost for this proposed solution is $5.4 billion per year.

So what proposed solutions are at the bottom of the list? At number 30, the lowest priority is a proposal to mitigate man-made global warming by cutting the emissions of greenhouse gases. This ranking caused some consternation among the European journalists at the press conference. Nobelist and University of Maryland economist Thomas Schelling noted that part of the reason for the low ranking is that spending $75 billion on cutting greenhouses gases would achieve almost nothing. In fact, the climate change analysis presented to the panel found that spending $800 billion until 2100 would yield just $685 billion in climate change benefits.

Noting that he has been concerned about climate change for 30 years, Schelling argued that tacking climate change will take public policy responses such as carbon taxes to address the issue. Schelling added, "The best defense against climate change in the developing countries is going to be their own development." He explained that funding education to create a literate labor force boosts the productivity of a country enabling economic growth. Economic growth produces wealth that helps people address and adapt to the problems caused by climate change. Bjorn Lomborg, head of the Copenhagen Consensus Center, pointed out that funding research and development of low-carbon energy technologies is ranked at a respectable number 14 out of the 30 solutions considered.

Also low on the list of priorities are proposals to reduce outdoor air pollution in developing country cities by installing technologies to cut the emissions of particulates from diesel vehicles. Other low ranked solutions included a tobacco tax, improved stoves to reduce indoor air pollution, and extending microfinance. These are not bad proposals, but other proposals were judged to provide more bang for the 75 billion bucks available in the exercise.

The experts chose not to bother ranking any of the proposed solutions to the challenge of transnational terrorism. This is not surprising. Even the scholar (funded by grants from the Department of Homeland Security) who did the benefit cost analysis for the Copenhagen Consensus project found that we get just nine cents of value for every dollar spent trying to stop terrorists. Interestingly, the number 1 priority identified by the experts in the 2004 Copenhagen Consensus was combating HIV/AIDS. That dropped to number 19 in the 2008 ranking.

How does the ranking of solutions by the participants in the Youth Forum compare to the experts' ranking? Youth Forum participants also ranked supplying vitamin A and zinc to poor children in developing countries as their number 1 priority. In general, the Youth Forum placed a stronger emphasis on solutions aimed at preventing disease and malnutrition. Here's the list of the Youth Forum's top ten in order, followed by a number in brackets indicating the experts' ranking of the same solution: vitamin A and zinc supplements [1]; malaria prevention [12]; borehole wells [16]; immunization [4]; health and nutrition programs [not ranked separately by experts]; community-based nutrition promotion [9]; iron and iodine fortification [3]; tuberculosis treatment [13]; total sanitation campaign [20]; HIV combination prevention strategies [19].

The biggest difference between the two rankings is that Youth Forum gave the Doha trade negotiations a low priority. Speaking with several participants revealed that trade ended up near the bottom because the youths were concentrating on how to allocate the $75 billion budget. Trade was considered by many to be an issue of "political will" which did not fit into any budgetary category. Interestingly, the experts basically agree with that perception because they deduct no costs from the $75 billion budget when allocating expenditures among their top priorities.

The Copenhagen Consensus process is certainly not perfect. However, its use of benefit cost analysis helps concentrate the attention of policymakers, charitable foundations, and members of the public on the relative urgency and costs of the world's big problems. As the final press release quotes economist Finn Kydland, "It's hard to see how one could do any better in terms of coming up with a well-founded list of where to start for the purpose of the betterment of the dire conditions in much of the rest of the world."

The complete ranking of the 30 proposed solutions to ten of the world's greatest challenges by the Copenhagen Consensus 2008 Conference are available here.