Konbit Sante: Keeping the Light On in Turbulent Times 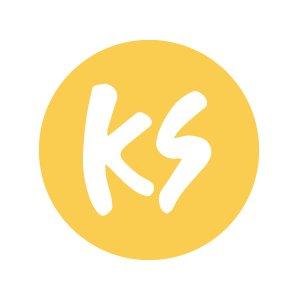 Haiti is once again in the news. While much of the news coverage concentrates on Port-au-Prince, the capital, over the next few weeks we would like to share with you more detail about the situation in the north, where we and our health-care provider partners work.  Although the insecurity and protests are not as intense in Cap-Haitien as they are in Port- au-Prince, they have reached a point of destabilizing day-to-day activities including the functioning of health centers. Due to the blockage of overland transport from ports in the south, fuel is scarce and costs the equivalent of $30 and more per gallon on the black market all over the country. Few cars, trucks, or motos (motor scooters) are on the road. Roadblocks are widespread, and travelers – including those on foot or on bicycles – are being charged to cross barricades. The public power grid has been down for several months and most people cannot afford or find fuel at all to run generators. The public market is closed and food is difficult to find, adding to the already high levels of hunger and malnutrition.

The local bottled water provider reports that as of October 2 it is “…no longer able to produce or distribute Culligan Water because our diesel reserves are completely exhausted.” Schools are closed. Banks are open but they are difficult to access because of long lines and early closures. The Cap-Haitien airport and port are officially open, but lack of fuel means trucks can’t move containers out of the port. Finally, and alarmingly, there are increasing reports of cholera, currently concentrated in the south but recently expanding to the central region.

Many NGOs, the United Nations, and US State Department have evacuated expat staff. Konbit Sante’s Country Director, Tezita Negussie, the only non-Haitian Konbit Sante staff person based in Haiti, has not been able to return after attending a staff retreat in the US, and it is unclear when she will be able to. In the meantime, she is in daily contact with Konbit Sante staff and collaborating NGOs in Haiti to coordinate Konbit Sante’s support for partners.

“It’s extraordinary that staff and partners in Haiti continue to work under these conditions,” says Konbit Sante Country Director, Tezita Negussie. “And we are working hard to support them. Although Konbit Sante isn’t able to provide the amount of aid that large humanitarian organizations do, our staff are already on the ground, assessing and assisting. The fuel shortage, lack of electricity, roadblocks, increasing threat of cholera have affected everyone including all staff in Haiti. Surges of patients who find their regular hospitals and clinics closed are quickly draining partners’ existing resources.”

Konbit Sante’s first priority is to meet partner facilities’ immediate needs so they can continue to treat patients. So far we’ve been able to react quickly, targeting resources to where they will have the greatest impact.

During the next few weeks we will talk in more detail about the dynamics and geography of patient care when many health facilities are closed, what our partners are asking us to help with, how our partners are keeping the doors open and the lights on, the supply situation, advance preparation in anticipation of a second cholera outbreak, and other stories that we hope you will find informative. Here’s the first…

The Hopital Convention Baptiste d’Haiti (HCBH) is a 100-bed full-service private hospital that also operates the primary spinal cord rehabilitation center for northern Haiti. Located in Quartier Moran southeast of Cap-Haitien, they have been a partner with Konbit Sante since 2010 when we collaborated on the earthquake and cholera responses.

HHA’s Rob Dalton and Nurse Cassandra Jean Baptiste describe the impact that having solar power is having on patients as well as on care providers.

Rob Dalton: “We want to say a massive thank you to our partner Konbit Sante for a gift of 25 solar panels. What that means is that if we completely run out of fuel we’ll be able to power the NICU and pediatric department plus give emergency power to other services like maternity, and like the emergency department as needed.”

Nurse Cassandra Jean Baptiste, head of Maternity Private Ward: “At the moment we have a crisis amongst us in Haiti. We don’t have gas. So we have to use the inverter solar system. There are a lot of other hospitals closing because they can’t find gas. But because we are using alternative methods, we continue to function and stay open. Thank you.”