We Should Give Haiti Compassion, Not Sick People 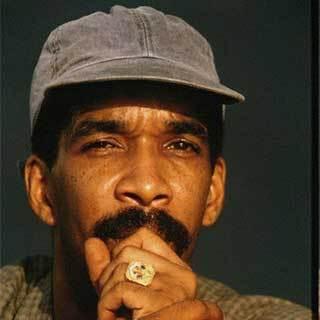 THE UNITED STATES, the Western Hemisphere’s richest country, has the means and moral obligation to treat Haiti, the hemisphere’s poorest, with compassion — at least sparing it the intentional infliction of more hardship than it already suffers. Judging from its recent actions, the Trump administration is wavering on that obligation. Earlier this month, U.S. Immigration and Customs Enforcement officials came close to sending to Haiti five individuals who had tested positive for the novel coronavirus, as well as a notorious Haitian death squad leader. They were removed from the manifest of a deportation flight to Haiti after their scheduled deportations were exposed — by the Miami Herald, in the case of the Haitians with the coronavirus; and by a think tank blog, in the case of the death squad leader.

Both cases were close calls for Haiti, which suffers from political instability and an anemic health-care system. But now the Herald reports that the Trump administration is again planning to deport the death squad leader, Emmanuel “Toto” Constant, as early as next week. Earlier this spring, U.S. officials deported at least three Haitians who, after arriving in their home country, tested positive for the coronavirus, which at the time had barely gained a foothold there. Removals to Haiti are continuing. It remains unclear whether testing for the coronavirus is mandatory for individuals scheduled for deportation. ICE said last month it would expand testing for detainees, but officials acknowledged they did not have access to sufficient tests.

In Haiti, a presidential advisory commission on covid-19 has asked the United States to suspend deportations while the pandemic remains a threat. In Congress, Rep. Frederica Wilson, a Miami Democrat, has introduced a bill that would achieve the same goal. The disease in Haiti has spread rapidly in recent weeks as tens of thousands of Haitian laborers returned to their home country from the Dominican Republic, which revoked their legal status as it grapples with the worst outbreak of covid-19 in the Caribbean. Many of the returning Haitians are likely to transmit the infection in a country with just a few dozen ventilators and scarcely 120 intensive care beds.

Haiti is no better equipped to deal with the return of Mr. Constant, who was convicted in absentia for a 1994 massacre. (He has spent the past 12 years in a New York state prison, having been convicted of mortgage fraud and grand larceny.) In the years after a 1991 military coup in Haiti, Mr. Constant, now 63, led a paramilitary organization that terrorized Haitian supporters of the ousted president, Jean-Bertrand Aristide; Mr. Constant’s followers were blamed for several thousand deaths and countless instances of rape and torture.

Despite that record, it’s thought unlikely that Haiti’s government, which includes some who are sympathetic to Mr. Constant, would be prepared to bring him to justice if he were returned to the country. To the contrary, it’s probable that he would worsen the country’s already volatile political state. Deporting him would serve neither Haitian nor U.S. interests.