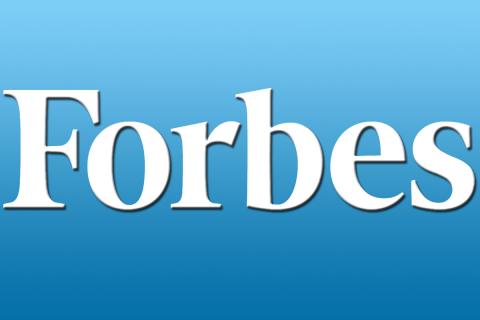 From government officials to late night comedy hosts, there has been a lot of conversation around Haiti. But, hearing from those who know it best may offer other narratives on Haiti and on identity. Meet Guelmana Rochelin and Johaida Jean-Franois. One is a Haitian immigrant who returned home to build a company, Mana S.A., in Port-Au-Prince. Another is a first-generation Haitian-American who deftly weaves her values into the work she does as a Labor and Delivery Registered Nurse at Boston Medical Center.

Guelmana tells a story of growing up in an idyllic community in Côteaux, Haiti. "Tranquil, warm, and family-oriented... My great-grandmother lived with us and the entire extended family all lived a stone’s throw from one another.” Even after her family immigrated to the United States and put down roots in Philadelphia, her passion and love for Haiti never abated. In fact, she was so certain of her future, upon becoming a naturalized citizen, she told her parents, “You guys are taking something from me. I can never be President of any country now.” Luckily, she had other ideas of how to impact Haiti. After attending Villanova University and Harvard Business School, she worked at Goldman Sachs and co-founded a healthcare company with her sister, Affinity Healthcare Solutions. But the lure of Haiti always beckoned. Eventually, on a visit back to Haiti, she realized it was time to return and began to build a venture that would provide economic opportunity to the Haitian community, Mana S.A. The idea came from Guelmana’s realization that the small purchasing power of most Haitians made it hard for many to buy a box of cereal. She also observed some very enterprising merchants buy a box of cereal and then sell individual servings of cereal on the side of the road. And with that, Mana S.A. was born. Guelmana imported machines from around the world, built her own production line, created the cornflakes at the facility, and began to make individual servings of cornflakes. And as we learned on Conan O’Brien, many find the cornflakes pretty tasty. Guelmana’s hope is that by providing employees a living wage – one that enables them to not only feed their family, but also invest in their children's education, she will help lay the foundation of Haiti’s future.

Johaida’s story begins in Everett, Massachusetts with deep roots firmly entrenched in Haiti. Her mother worked in the telecommunications industry in Haiti and upon immigrating to the U.S., transitioned into healthcare. As the matriarch of the family, her mother served as a spiritual pillar, as well as a constant source of inspiration. According to Johaida, “I have never seen her struggles, but I have always seen the result of her struggles. And they were always good.” Growing up, Johaida was reminded in ways glaring and subtle that she was different. Sometimes it was the bottle of Malta in her lunch as opposed to her fellow students’ Capri juice pouches. Or the incredulous remark when a person with long hair and light skin was discovered to be of Haitian descent. She channeled her frustration and anger in those experiences towards her education. Johaida graduated from Rivier University, successfully passed the NCLEX-RN, her nursing boards, upon first attempt, and following her mother’s footsteps, entered the healthcare industry. She wanted a community focused on the care of others, not dissimilar to the community her mother experienced in Haiti. Johaida chose to work at Boston Medical Center because as the largest safety net hospital in New England, BMC serves a very diverse population. According to their website, 57% of patients are from under-served populations and 32% of patients do not speak English as a primary language. Despite the numerous languages heard throughout the halls of BMC, as Johaida says, she speaks a universal language: comfort in holding a patient’s hand, care in rubbing a patient’s back, and safety in reassuring eye contact.

I am always curious to see how women live their multifaceted identities. And it was not surprising to see that Johaida and Guelmana had differing views on how to live their complex identities.

For Johaida, she emphatically said, “I am a woman first. And then a strong Haitian woman.” Much of our conversation centered around her work caring for so many new women and newborns. Being surrounded by such diverse women going through a common experience drives her strong gender identity.

Guelmana’s answer was more complicated. “I’m very comfortable with my femininity and my assertiveness. In Haitian culture, women are the center of the household; providers and caretakers. Just because I can cook at home doesn’t mean I can’t run a multimillion dollar business. Feminism, to me, is the freedom to be a complex, multidimensional individual without living my life in silos."

Both emphasize the importance of choices and the refusal to be categorized and put into a box. And despite their different professional paths, both live lives infused with passion, surrounded by community, and guided by family. Johaida and Guelmana approach their multifaceted identities differently, but one common aspect of their narratives holds true – they have a lot of pride in the strength and resilience of the first black republic, Haiti.