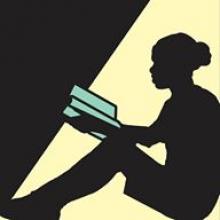 Haiti often seems to be perpetually instable, at a crossroads, at an impasse.  It is important to remember though that Haiti is full of talented young people who, if given the opportunity, go on to do great things.  Haiti is sorely in need of new leaders in government, in civil society, and in the private sector.  The Haitian Education and Leadership Program (HELP) has long provided scholarships to high performing students in Haiti who would not otherwise be able to pursue higher education.  On 26 February, HELP Haiti will hold a webinar in which several successful alumni will speak about their experiences with the program.  Think about participating and supporting their work.  More information follows as well as the registration link.

Over the years, I have been fortunate to know many strong Haitian women in Haiti and abroad.  Below is a Forbes article by Peggy Yu about two Haitian-American women, one of whom started her own company and the other whom became a nurse.  Each of them takes pride and strength in their Haitian roots - and nothing any politician says will change that.  International Women's Day may have come and gone, but women like Guelmana Rochelin and Johaida Jean-Francois do important work in their communities every single day.  Linked and copied below is the full article.

In the excellent New York Times article below, Catherine Porter states that death is a plentiful resource in Haiti given that the life expectancy of  Haitian is 63.4 years - twelve years below the Latin American and Caribbean average.  Dying in Haiti is expensive - families often take out loans at exorbitant rates to provide funerals for loved ones while other families are forced to abandon their remains.  These bodies would be dumped like garbage, as was the case in the past, but for the efforts of St. Luke Foundation volunteers who transport them for simple, cost-free burials.  Haiti is full of heroes, and the volunteers who provide dignity in death to those who lacked it in life, are amongst them.