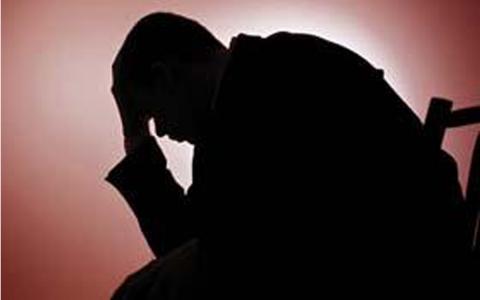 I’d lstart with a story about my time as a Peace Corps Volunteer in rural Haiti.  I was dropped off at my site on the upper Central Plateau on a road that was, at the time, was so rocky that it was a lot like draining a river and driving up it.  I was adjusting to a new place and new way of life which was admittedly stressful.  One of the most stressful things to deal with was the fact that, every night without fail, someone would stand outside my rickety little house between the hours of three and six o clock and yell at it for approximately ten minutes.  Between the nightly rantings, the exceedingly loud scratching of pigeon feet on my tin roof, and livstock routines, I was sleep-challenged and increasingly grumpy.  When I would ask people why a stranger was yelling at my house, they would just shrug and say “Se Tenemek.  Li Fou!” (That’s Tenemek. He’s crazy).  I stared asking other people how I should deal with it and their advice ranged from just ignoring him to throwing rocks at him.  I didn’t want to hurt him, but I did want to know why I was forgoing so much sleep because of him.

I asked people to show me who he was and I began observing him closely.  He would wear a nice suit and walk around with a pad of paper, scribbling down notes. It turned out he was not just yelling at my house, he was yelling everywhere. Tenimak believed that he was a respected journalist.   It did not take long to see  as well that Tenimak ated being called crazy. Every time someone said that it set him off. I was told that during the military junta, an armed soldier told Tenimak he was was nuts.  Tenimak kicked him between the legs, hit him in the head with a rock and then ran away to the Dominican Republic.  He may be mentally ill but he wasn’t stupid after all.  I started to engage him in conversation and then eventually asked him why he yelled at my house so earlier every morning.   He only did that because he thought foreigners like me really appreciated the news and would like to receive the early report before anyone else did.

I felt like a jerk because, in an odd sort of way, he was going out of his way to be hospitable.  I sat down with him and explained that he was right, I really did like news, and I especially liked getting it from such a dedicated local journalist las himself – but if I was sleeping, the I couldn’t really take it all in.   After that, I gave him some paper and pens which he was thrilled with.  From then on, every day he walked by my house (at a considerably later time) and he would yell “Bryan! Merry Christmas! Christmas! I am speaking English very much!”  The one day of the year that was Christmas, I really did enjoy the season’s greetings.   Tenimak was mentally ill.  After a rough start, he also became my friend.  I live in a really quiet neighborhood now and would love to hear his news the old fashioned way from time to time.  People living with mental illness are still human beings with human rights – and often not a lot of opportunities for care  In Haiti, you see people with mental illness on the street all the time.  They are not kept from sight in institutions like in the United States.  While people do tease them, they are often accepted in part because they are seen all the time and are still members of the community.

In Haiti, the Ministry of Public Health and Population (MSPP) is responsible for health planning and coordination.   The MSPP is chronically under-resourced, under-staffed, and mental health has not been a high priority. If Haitians have access to health care facilities, they are likely to seek care there.  Haitians living with mental illness are unlikely to use clinical terms and more likely to focus on how they are feeling (e.g, my mind is not there, my heart is heavy, etc.) This is why training primary health care staff on recognizing mental illness is so important.  The World Health Organization (WHO) emphasizes the best way to promote access to mental health services is to integrate them into the local health care system as much as is possible. You can learn more about how here.  A number of NGOs in Haiti already promotes this approach. Partners in Health (PIH) has a community-based model linked to eleven hospital sites throughout the Central Plateau and the Artibonite.

Unfortunately, many Haitians do not live close to health care systems that are functional and affordable.  In these circumstances, Haitians may consult leaders in their faith communities ranging from Vodoun to the hundred flavors of Christianity that can be found throughout the country.  It makes sense for health care facilities to work closely with religious leaders of all faiths to socialize communities about a wide range of health issues including mental health. To illustrate, the PIH mental health program is run by Pere (Father) Eddy who is both a Catholic priest and a psychologist. Take a look as well at this article by Anastasia Maloney (Reuters) about the positive role Vodou priests can play – especially given that Haiti has only a a handful of trained psychiatrists.

For more information, WHO produced a literature review on mental illness in Haiti. The Boston-based Haitian Mental Health Network promotes culturally competent mental health care for both Haitians and Haitian-Americans. Their website contains some useful resources including a primer on issues relating to health and mental health that health care providers should be aware of.  Promoting access to mental health care allows those living with mental illness to better care for themselves, their families, and to make positive contributions to the communities of which they are a part. If you know of credible organizations conducting good mental health programming in Haiti, please post about them in the comments section below.