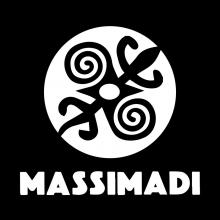 Homophobia is a problem in Haiti for many reasons including a lack of education and an environment still too permissive of human rights violations.  Religious leaders may promote tolerance or incite hatred. Being openly gay in Haiti is both dangerous and courageous. Unfortunately, the Massimadi LGBT festival has been called off due to threats against participating organizations including FOKAL, Kouraj, and others. The festival will hopefully take place safely and at a later date. The full article by AP journalist David McFadden follows.