Haiti Wants to ‘Change the Narrative About the Country. OK, Start with COVID Vaccines 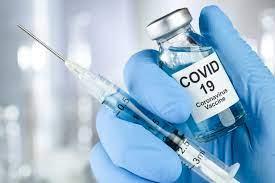 Haiti wants to ‘change the narrative’ about the country. OK, start with COVID vaccines https://www.miamiherald.com/opinion/editorials/article250551299.html Editorial
BY THE MIAMI HERALD EDITORIAL BOARD
APRIL 09, 2021

Haiti is already plagued by enough issues. Deep political turmoil. Extreme poverty. Armed gangs terrorizing people. A wave of kidnappings for ransom. And now, this: Not a single COVID vaccine has been administered in the country. Five weeks after other countries in Latin America and the Caribbean have started receiving vaccines through COVAX, a group backed by the World Health Organization, Haiti still hasn’t gotten any. There are a few reasons, according to an April 9 Miami Herald story: the lack of a sufficient health infrastructure, not enough planning, logistical delays and concerns about the safety of AstraZeneca vaccines, which have faced setbacks in the United Kingdom and European Union after blood-clotting worries. But the result is that a country of about 11 million people hasn’t even begun vaccinating its population.

So far, Haiti appears to have been lucky. The country allowed the three-day Carnival celebration to go on in February this year, even though the pre-Lenten celebration was barred in other countries across the region because of the pandemic. Many residents still do not wear masks. Yet the country’s official COVID-19 numbers have been remarkably low. Haiti’s foreign minister, Claude Joseph, told the Editorial Board there have been about 300 deaths. The number WHO cites is even lower: 252 confirmed deaths, with about 12,800 infections.

In a country with scarce medical facilities, those numbers are probably far from accurate, but, even so, it seems that Haiti has not been a hotspot of infection. That is truly a blessing in a country that needs every blessing it can get. And it’s going to need more than luck. If there is one thing we have learned in a year of pandemic, it’s that the virus isn’t easily defeated. It’s mutating, and some of those variants are more contagious and may cause more severe disease. Cost isn’t a factor. Haiti is among 10 countries in the Americas that will receive vaccines free through COVAX. The responsible thing for Haiti to do is get vaccines into as many arms as possible — quickly — so infections don’t suddenly blow up. Even in Florida, where 3.7 million people are now fully vaccinated, public-health experts are keeping a careful eye on the rising number of infections after spring break.

Joseph, the foreign minister, told the Board that Haiti wants to recast the prevailing narrative about the country, starting with free, fair and safe elections this year. President Jovenel Moïse has been ruling by decree for more than a year. A peaceful and speedy transfer of power would certainly go a long way toward changing Haiti’s image. But elections are still months off. Vaccines are available now. It’s time for the government to be open and honest about the reasons Haitians still don’t have access to them. It’s time to get vulnerable people vaccinated. The Pan American Health Organization, or PAHO, the WHO’s Americas branch, told Herald Caribbean correspondent Jacqueline Charles that Haiti and the international community are working hard to get vaccines there as soon as possible. Good to hear.

We understand the Haitian government has many problems to solve. But a lack of vaccines doesn’t have to be one of them. If Haiti wants to change its narrative, it needs to tell its citizens — and the international community — why it hasn’t begun vaccinating its citizens against the terrible scourge of COVID-19. Joseph said that “2021 is a crucial year for Haiti.” We couldn’t agree more. Getting vaccines to the people now is the perfect place to start — and it’s already overdue.