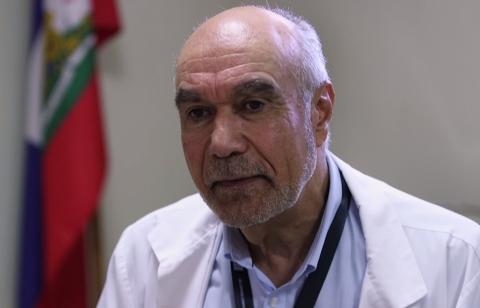 Dr. Jean William “Bill” Pape, a renowned Haitian physician who has dedicated his life to fighting infectious diseases in Haiti and recently led the nation’s coronavirus response, has been tapped by the World Health Organization to help provide guidance to its director general. Pape was named as one of nine members to the newly formed WHO Science Council that will advise the organization about high-priority, emerging scientific issues and advances in technology that could directly impact global health. “They have already put us to work,” Pape, 75, said, adding that he is honored by the appointment.

Pape is the founder of the Haitian Study Group on Kaposi’s Sarcoma and Opportunistic Infections, also known as GHESKIO. It is the Caribbean’s largest HIV/AIDS research center and is internationally recognized for its programs to prevent and control infections. Those efforts have helped decrease HIV prevalence in Haiti from 6.2% in 1993 to 2% today. Over the years, GHESKIO has expanded to include the treatment of infantile diarrhea, cholera, tuberculosis and now COVID-19. In 1980, Pape’s work to prevent and treat infantile diarrhea in Haiti was credited with reducing the infant mortality rate from over 40% to less than 1% in just a year. “As a teacher, I hope that this can stimulate students in Haiti and elsewhere to know that the sky is the limit,” he said.

Though WHO Science Council members serve in their personal capacity and do not represent any institution, three of the nine members are affiliated with Cornell University, including Pape, who teaches medicine at the Weill Cornell Medical College. The council’s other Cornell-affiliated members are Salim Abdool Karim, director of the Center for the AIDS Program of Research in South Africa, and Harold Varmus, the group’s chairman. A cancer biologist and virologist, Varmus is a co-recipient of the 1989 Nobel Prize in Physiology or Medicine for studies of the genetic basis of cancer.

Members are selected and appointed as acknowledged experts from around the world in the fields of basic science, translational and clinical research, social sciences, epidemiology and public health, the WHO said in a statement. Pape said while co-chairing Haiti’s national commission against COVID-19, he met and worked with a lot of young physicians from the Ministry of Health. He hopes his new role inspires them. “They are dedicated and capable and want to serve their country,” he said. “All they need is to recognize their capacity and to give them the proper leadership.”

Jacqueline Charles has reported on Haiti and the English-speaking Caribbean for the Miami Herald for over a decade. A Pulitzer Prize finalist for her coverage of the 2010 Haiti earthquake, she was awarded a 2018 Maria Moors Cabot Prize — the most prestigious award for coverage of the Americas