Everyone agrees urgent action is needed to address global food security but no one seems to agree on what should be done.  The U.N. Food and Agricultural Organization (FAO) called a summit to discuss steps for addressing food insecurity.  Anytime +180 countries need to come to an agreeement on this issue, there are bound to be "food fights."   If, as the FAO says, food output must double by 2050 to meet demand, we have a long way to go. While there were no shortage of ideas raised at the Rome Summit, only sustained committment and long term action will make a difference in countries like Haiti.

To be fair, the primary purpose of the Rome Summit wasn’t to raise funds but the article notes that the conference followed large food aid pledges including $1.5 billion from the Islamic Development Bank, $1.2 billion in World Bank grants and loans and $500 million from Saudi Arabia to the World Food Program.  Some donors are stepping up but much more is needed.

Another article in the New York Times diuscusses the steps that were discussed at the Summit to improve food security -  delivering more food aid to the world’s hungry; providing small farmers with seeds and fertilizer; scrapping export bans and restrictions; and vastly increasing agriculture research and outreach programs to improve crop production.   Everything in international development carries a price tag – according to Jacques Diouf, the director of FAO, the cost of global food security could run as high as $30 billion a year.  In terms of peace and stability, the real question is whether we can afford not to act? 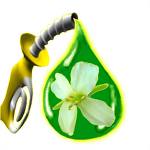 As expected, biofuels emerged as one of the most contentious issue of the conference, and several speakers criticized government policies that diverted food crops to energy use. President Hosni Mubarak of Egypt suggested that biofuel production be restricted to agricultural waste and nonfood crops.  Brazilian president, Luiz Inácio Lula da Silva, testily noted that food crops were viable when used responsibly.  He stated that sugar cane was much more efficient than corn-based ethanol, pointing out that corn “obviously can only compete with sugar-cane ethanol when it is shot up with subsidies and shielded behind tariff barriers.”  Lula has a point here – corn based ethanol is not yet competitive on its own.

The World Bank president, Robert B. Zoellick, stated at the summit: “This is not a natural catastrophe. It is man-made and can be fixed by us. It does not take complex research. We know what has to be done. We just need action and resources in real time.”  Prior to the Summit, the World Bank Board of Directors approved a US$10 million grant to help the Haitian government respond to the food price crisis and help it continue with the implementation of its poverty reduction strategy.  The article notes that the grant is part of the Fast-Track Facility for Food Crisis, launched by the World Bank to support global efforts to overcome the global food crisis with a new US$1.2 billion rapid financing facility, including US$200 million in grants targeted at the vulnerable in the world's poorest countries.

A day before arriving at the Summit, Secretary-General Ban Ki-Moon called for renewed efforts to help Haiti deal with the impact of the recent surge in the prices of many basic foods, a day before he attended the Rome Summit. He stated  “The current political turmoil has complicated joint efforts by national authorities and the international community to restore the country on the path toward stability, recovery and development. If we allow this crisis to go unchecked, much of what has been achieved over the past four years in Haiti could easily unravel."  A great deal is riding on Haiti being able to increasingly feed itself.

Brazil and the UN both stepped up their efforts to help Haiti.  Celso Luis Nunes Amorim, Brazil's minister of foreign affairs, said his country would add $1.4 million to the aid it already gives Haiti.  Josette Sheeran, executive director of the World Food Programme (WFP), said her agency would triple its help to Haiti this year. Much of it will go toward school feeding in order to prevent children, and especially girls, from dropping out of school.

Jacqueline Charles of the Miami Herald wrties that the differing views on how best to address Haiti's food crisis is reflective of a wider debate among the world's donors and aid specialists over how to respond to growing global food shortages.  After announcing plans in April to subsidize rice, allowing the price of a 110-pound sack to temporarily drop from $51 to $43, Préval issued an international appeal for more funds to expand the program to include other staples of the Haitian diet. So far the response to Préval's short-term appeal has been ''meager,'' said a Haitian government official. The article notes that outside of a $7 million donation from the Caribbean Community (CARICOM) and a $10 million grant from the World Bank, most of the aid has come in the form of food, funneled through non-governmental or international organizations or heavy machinery to help the country promote its long-term domestic production goals.

Robert Zachritz, director of advocacy and government relations for World Vision, said while the U.S. responses to Haiti in particular ought to be commended, the bottom line is that the crisis requires a short-term response.  We could not disagreee more.  Tackling hunger in Haiti is a multi-faceted, long term issue that involved environmental preservation, agricultural innovation, settling of land disputes, livelihoods, livestock, population control, etc.

Here in the United States, discussions on humanitarian assistance for food insecure countries again took a back seat to special interest groups.  The delay of a new farm bill in the Senate has stalled planned deliveries of emergency assistance to countries affected by famine and natural disaster, according to USAID.  Oklahoma Republican Tom Coburn is holding the farm bill up because he feels the bill does too little for farmers and spends too much on nutrition and social programs.  The tension is between politicians like Coburn who represent subsidized farmers in the American Midwest and hungry populations in Somalia, Ethiopia, Haiti, etc.  Until the bill passes, agencies like USAID are going to have a very, very difficult time responding to unanticipated emergencies.

An article in Financial Times notes "Thirty years after the first green revolution” transformed agriculture in Asia and Latin America, as new seed varieties and copious fertiliser enabled farmers to break out of the subsistence trap, Africa is trying to follow suit."  Haiti needs a revolution – an agricultural revolution.  Perhaps Africa can offer Haiti some lessons.   The article goes on to state "Human ingenuity saved the day. A massive program of investment in agricultural research and infrastructure – avidly supported by the US out of a cold-war-fuelled fear that hungry countries could fall into the arms of the Soviet Union – led to an explosion in farm productivity. Nations that never dreamt of being able to feed themselves were transformed into net exporters of food."

Basically, that is where we are in Haiti right now.  Haiti has yet to widely implement old agricultural tricks of the trade such as irrigation and fertilizer.  New tricks such as genetically modified crops, especially those that could grow better in arid, depleted soils could be a real asset.

The World Bank believes the world is poised for another technological revolution, this time using the tools of biotechnology. “But there is considerable uncertainty about whether this revolution will become a reality for food production in the developing world because of low public investment in these technologies and controversies over their positions."  But time is something else in short supply. Robert Zeigler, director of the International Rice Research Institute, says it would take up to a decade to develop the seed varieties and build the infrastructure required for a second green revolution. In the article, he is quoted as saying “In reality, we should have started 10 years ago to avoid today’s problems."

That is where things stand now.  There is more attention than ever being devoted to food security, both in Haiti and globally.  Donors continue to provide funding to support the Preval government.  Sadly, there is still no prime minister and thus no possibilities for major reforms yet.  Once in place, Haiti needs its agricultural revolution.   We will keep you posted as events unfold.