Tequila Minsky is one of the newest members of the Haiti Innovation community.  She is a long time Haiti hand who is both a photographer and a frequent commentator on Haitian issues.   You can view her photographs by clicking here. Below are some blogs that she has written lately.  Enjoy!

Haitian Jazz:  This may not be the first genre of music that comes to mind when one thinks of Haiti but it is alive and well.  Haiti recently celebrated its first Haitian Jazz festival and it was a great success.  Tequila explains why.

Breaking Through the Gender Barrier:  Ever seen a Rara Band?  Its the most unique form of music in Haiti.  Ever seen an all women Rara Band?  Thats is rare indeed....but exists!  Tequila writes about Haiti's first all female RaRa band here.

Jacmel International Music Festival:  Tequila writes about Jacmel's International Film Festival.  Sure, not everything went smoothly but it is clear that this potential has much to offer and will only get better with time.  Haiti has enormously diverse musical traditions and they are all represented at this festival.

Women's Trade Show:  Creole Creations Colors Flavors:  Haitian women are holding together Haiti.   Tequila writes about an exposition that showcases the artistic works of female entrepeneurs.  Definitely worth a look. 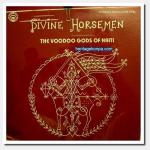 Haitian Musical History Through Album Covers: Tequila writes about an exhibit, though now finished, which is very interesting.  It traces the ever-changing path of Haitian music through the covers of albums that Haitian artists have produced.

Michele Pierre Louise Wins Trailblazer Award:  This article covers the founder of Fokal and her efforts to encourage literacy, democracy, and civil society.  Fokal has a wide network of supports including the Open Society Institute.  A solid, innovative organization.

Scholarships in Haiti through HELP: This article covers the history and impact of an organization which we have written about on numerous occasions, the Haitian Education and Leadership Program.  This organization has been instrumental in preparing the next generation of private and public sectors leaders - invaluable considering the ongoing brain drain in Haiti.

Haitian Presidents Exposition in Camp Perrin:  Tequila writes about an exposition which tries to humanize the (many) Haiitan presidents and to extrapolate their ambitions, ideals, and what they wanted to accomplish.  It was clearly a laborous process.  She also write about a film which uses Camp Perrin, a beautiful town, as a backdrop.