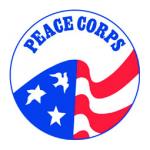 In an announcement on November 19th, the Peace Corps stated that it would bolster the already existing Crisis Corps and rename it "Peace Corps Response" to reflect its increased breadth and depth. Most are familiar with Peace Corps,  but less have heard of the Crisis Corps.  The Crisis Corps was a mechanism through which returned volunteers could serve abroad for a period of several months to a year.
This is as opposed to the normal volunteer program, which attacts generalists, Crisis Corps volunteers have technical skills ranging from the management of HIV/AIDS program, water systems, construction, etc.

Response Corps Volunteers will also be available for rapid deployment during natural disasters.  Though the intent is to serve overseas, domestic service is not unknown. Lenny Teh, an RPCV and newest member of HII (expect a blog from him soon) was deployed to serve during Hurricane Katrina for example.

Since 1996, over 1000 volunteers have served in this program.  We hope that the attention and resources devoted to re-energzing this program will mean that even more serve in the future.  With over 190,000 volunteers having served since 1961 there is definitely room for growth.  Many would be willing to serve for short periods of time where needed.

You can view Response Corps openings by clicking here

All the members of Haiti Innovation are former Peace Corps Volunteers.  Unfortunately, Peace Corps Haiti was suspended and eventually withdrawn during the political vacuum created by Aristide's departure or kidnapping (depending on who you ask).

Haiti had always been a small program with a maximum of perhaps sixty volunteers, as compared to over 200 in the Dominican Republic which has a much better physical infrastructure.  However, this small team was able to accomplish great work ranging from establishing water systems, creating community computer centers, re-establishing clinics, and helping to put in place programs that preserve the depleted environment while creating livelihoods.

Peace Corps won't be back in Haiti tomorrow.  Or next year.  But we hope that eventually the program will return, even if it begins as a regional program operating from either the north or the south.   Until that time, there is a compelling need for Response Corps volunteers in Haiti.  In this way, Peace Corps can continue to make a difference in Haiti while maintaining connections that would be useful for re-establishing the program.

Let's face it - the United States has not been a good friend and neighbor to the Haiti since its independence.  It will take more than the occasional influx of foreign assistance to change that.

If we can't continue to make a difference for Haiti and other fragile countries like it, I fear Peace Corps becomes less relevant to the world we live in.

Perhaps Response Corps can help address this. Welcome your thoughts.