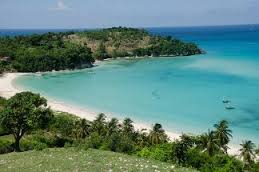 Below is an excellent Foreign Policy article by Jacob Kushner explaining how Haiti's unclear land tenure policies undermine investment and cause displacement on Ile a Vache. While the article focuses on one small island, these issues are playing out throughout the entire country.  Improving the climate for investment and human rights requires high-level committment for addressing one of the most politically sensitive issues in Haiti.  The full article follows.

ILE-À-VACHE, Haiti — Last October, an elderly couple watched a tractor plow over a grove of fruit trees and vegetables on the small Haitian island of Île-à-Vache. For decades, Mescary Mesura, 81, and his wife, Fanfan Clery Romany, 80, had harvested the grove, a 10-minute walk from their home, and sold the produce as their primary source of income. But that day, the island’s mayor, local police, and the tractor operator approached the octogenarians, informing them that the state required the land. “The police told us to stand there with our hands up,” Mesura said. “We … watched them finish off our garden.”

The grove is among the casualties of a $260 million development project planned by Haiti’s central government. It is designed to turn Île-à-Vache into the Caribbean’s next tourism hot spot. With an annual per capita GDP of less than $900, Haiti is one of the poorest countries in the world. Five years after a devastating earthquake that killed more than 200,000 people and caused some $8 billion in damage, Haiti’s leaders are banking on tourism to help buoy recovery and drag the nation out of poverty. The Île-à-Vache project is ground zero for these hopes. Wooing investors with tax breaks and the promise of internationally funded infrastructure upgrades, the government has developed a plan that includes a new airport, a series of hotels, and an 18-hole golf course.

But just two years after it began, the project has stalled. As of March, not one of the 2,500 hotel rooms anticipated by Haiti’s government has appeared. The stoppage is not for lack of commitment from Port-au-Prince: Haiti’s annual investment in travel and tourism is estimated to have jumped from 4.3 percent of the national budget in 2013 to 6 percent last year, according to the World Travel and Tourism Council. Rather, the Île-à-Vache project has been stymied by conflict between the government and local residents over ownership of the island’s land.

Haiti has a complex, bureaucratic land registry, as well as weak rule of law. It is very difficult for Haitians to prove a viable land title or get due process if their land is seized. On Île-à-Vache, Mesura and his wife are among the many residents who saw their property — land that they thought they owned — expropriated by the state in the initial phase of the development project. Frustrated that they weren’t being consulted about the seizures or about the tourism plans in general, residents sought to disrupt the project through a series of protests in December 2013. Since the conflicts over land erupted, private developers seem hesitant to break ground on the island, according to the mayor and one interested businessman.

The land-ownership issues on Île-à-Vache are not unique. Across Haiti, title conflicts keep poor families from finding a place to live and grow crops, and sometimes even prevent wealthy ones from opening businesses that would boost the country’s dismal economy. “The problem is security of tenure,” says Leslie Voltaire, an architect and urban planner who served under former President René Préval. Speaking from the perspective of hypothetical developers, he asked: “How do I know that if I build on this land nobody will come and put me out?”

The roots of Haiti’s land problems can be traced back centuries. Since Haiti gained independence in 1804, people have transferred land informally. Haitian law does not require landowners to register their titles with Haiti’s National Land Registry office (ONACA); since its inception in the mid-1980s, the office reportedly has accounted for only 5 percent of the country’s land. What’s more, “many of the records that did exist were lost in the earthquake,” the Associated Press reported after the catastrophe. The result is that it’s nearly impossible to determine who is the rightful owner of a given plot of land — a fact the state has used to its advantage. In 2011, for example, Haiti’s government displaced some 360 families when it appropriated a large swath of farmland on the country’s northern coast to make room for an industrial park near the village of Caracol. (The project was intended to create some 65,000 jobs, but as of January it had produced just 4,500, according to a report by ActionAid, an international development NGO.)

As with Caracol, Haiti’s government is claiming land on Île-à-Vache in the name of economic development. The tourism project began in earnest in January 2013, when the government put out a call for private enterprises to develop the island. In addition to offering a 15-year tax holiday, the government sought to incentivize investment through a series of infrastructure upgrades, including a new $13 million airport, renovations to the public market, and improved access to drinking water. In May of that year, the government published a decree proclaiming the island’s land to be a public utility. Soon after the announcement, seizures began.

That August, the government selected four companies to undertake the infrastructure improvements. The same month, a Dominican construction company broke ground on an airport financed by the PetroCaribe fund, an oil alliance of Latin American nations. In September, bulldozers began destroying peasants’ farmland as part of the project. “We had so many plants — potato, corn, beans, all kinds of crops,” said Cyprise Gislene, 32, a mother of three. “Now we have nothing to live from. They destroyed my life. Tourism is good for them, but not for us. It doesn’t create jobs for us — it just takes our land.”

In December 2013, a community group of local residents called the Organization of Île-à-Vache Farmers (KOPI) began organizing public protests demanding that the government rescind the decree that Île-à-Vache land is a public utility and that it directly include community members in further planning for the project. A few months later, in March 2014, Tourism Minister Stéphanie Villedrouin stated that 100 families would be relocated and that they would all be compensated. KOPI alleges that throughout 2014, the construction of the airport alone caused hundreds of people to lose their farmland — and thus their livelihoods. As of December, dozens of those affected said they had not received compensation. (The legal office that corresponds with the press on behalf of the Ministry of Tourism did not respond to a request for comment.) As recently as February 2015, residents demonstrated against the Dominican construction company contracted to build the airport.

Joseph Lamy Matelen, 65, who says his son was arrested for protesting, conveyed anger that his own government would turn on him and his family. “For years we’ve paid the state to live here. We’ve paid our taxes to the DGE,” he said, referring to the national General Directorate of Taxes. “What good is it if tourists come to our hotels when we don’t have money to send our kids to school?”  With demonstrations continuing, Île-à-Vache’s future as a tourism destination remains in doubt. Jean-Patrick Lucien, co-founder of Île-à-Vache Development Group — an independent collection of potential developers that predated the government’s project — said in March, “We haven’t seen any signs of anyone making any construction…. The investors are not making the commitment that they said they were going to make. Maybe they’re realizing that the risk is too great.”

The hesitation by developers is easy to understand, says Robert Dietrich, part owner of the 12-year-old Abaka Bay Beach Resort and one of the few pre-existing stakeholders in Île-à-Vache’s tourism sector: “As an informed investor, I would not touch it because there’s no clear land entitlement.” In an open letter he wrote to President Michel Martelly last year, Dietrich mocked the administration’s popular slogan that Haiti is “Open for Business.” He questioned why any investor would have the confidence to invest on the island, given the uncertainty over land.  Lack of land security affects more than tourism investment, however, and extends well beyond Île-à-Vache. After U.N. Secretary-General Ban Ki-Moon made Bill Clinton special envoy to Haiti in 2009, the former U.S. president tried to persuade billionaire George Soros to invest in an industrial park outside of Port-au-Prince, at the site of a former sugar company owned by one of Haiti’s largest landowners, the Mevs family. “Soros said he was going to put $25 million there,” a former Haitian government official said, speaking on condition of anonymity. “He sent … three London lawyers to come here, and after one week they came back to Soros and said, ‘We don’t know how to deal with it.’ The lawyers said there is no way that you can have the land for sure.” (A representative from Soros Fund Management, a hedge fund founded by the billionaire, confirmed the anecdote.)

In December 2014, Mesura’s land still sat unused. He used to sell his coconuts at 400 gourdes (about $8.50) per dozen. “It’s with that money that we built this house, that we buy food,” his wife says. Like most of Île-à-Vache’s residents, Mesura understands the desire to transform the island to improve the local economy. But he says residents shouldn’t be collateral damage of the government’s plan. “I’m not saying it’s bad to have tourists come to our island,” he said, standing on the front porch of his home and frowning. “But we must not be displaced by them.”  Reporting for this piece was made possible by a grant from the Pulitzer Center on Crisis Reporting.