French Bank to Study Its Role in Haiti After NYT Report 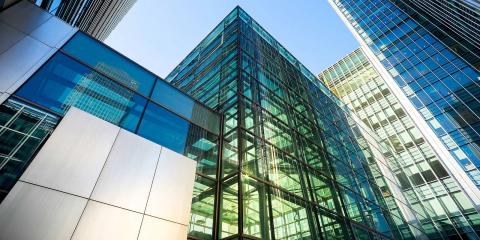 A major French bank will hire researchers to delve into its history in Haiti, the head of its parent company said Monday, after The New York Times published what he called a “sad illustration” of the bank’s role in an “ecosystem of colonialism.” The bank, Crédit Industriel et Commercial, siphoned millions of dollars in fees and interest from Haiti’s treasury to France in the late 19th and early 20th centuries, The Times reported. At a time when the bank, known as C.I.C., was helping finance the Eiffel Tower, its executives and investors made so much money off Haiti that their profits sometimes exceeded Haiti’s entire public works budget. Crédit Mutuel, a European financial conglomerate, bought C.I.C. in 1998 and operates it as a subsidiary.

But Crédit Mutuel began as an organization to help rural farmers in the late 19th century in Europe, making for what its chairman described as a potentially uncomfortable clash with the new revelations about C.I.C.’s activities in Haiti during the same time period. “This is sort of an awkward situation, more than a century later, to have this mutual bank owning a bank whose history is linked with colonialism,” Crédit Mutuel’s chairman, Nicolas Théry, said in an interview. Nearly all of C.I.C.’s archives from that era have been destroyed. Mr. Théry said he had already been in touch with university scholars about financing a team, ideally of Haitian and French researchers, to bring the bank’s full history to light.

The Times article traced how C.I.C. set up and managed the National Bank of Haiti from Paris. Records show it made no investments in Haitian businesses and charged fees on nearly every transaction the Haitian government made. At a time when many French investment returns hovered around 5 percent, investors in the National Bank of Haiti cleared an average of 15 percent per year. Some years, the margins approached 24 percent. The profits help explain why Haiti remained on the sidelines during one of the most important development periods in modern history.

At one point, Haiti earmarked about half of its most important revenue source — coffee taxes — to paying C.I.C. and its investors in the National Bank. Parisian financiers also used their allies in the French government to put pressure on Haiti not to disrupt the bank’s operations, the Times reported, citing diplomatic correspondence. “It was a very good demonstration of the links between the financial, the military and the political powers in France at the end of the 19th century,” Mr. Théry said. He called it an “ecosystem of colonialism.” “This is a very sad illustration of the meaning of colonization and financial colonization,” he said.

Mr. Théry said he did not know whether, more than a century after it ended its operations in Haiti, the bank owed Haiti any money. He said researchers would have a wide mandate to pursue any information on any topic. “It’s a matter of principle for us,” he said.

Matt Apuzzo is a Pulitzer Prize-winning reporter based in Brussels.