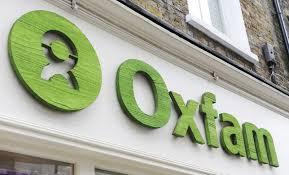 PORT-AU-PRINCE (Reuters) - Oxfam hid information about sexual misconduct from authorities in Haiti, a senior official in the Caribbean nation said on Monday, and he vowed to launch a wide-reaching investigation into charities operating there.  Oxfam officials met Haiti’s planning and external cooperation minister, Aviol Fleurant, in Port-au-Prince on Monday to hand over a copy of a 2011 internal report which states that the British charity’s former Haiti country director had admitted to using prostitutes during a relief mission following a devastating earthquake that hit the Caribbean island nation in early 2010.  It was the first meeting between Oxfam, one of the world’s biggest disaster relief charities, and the government in Haiti since a recent Times of London report that said some of Oxfam’s staff paid for sex, triggering a scandal that has seriously damaged the charity’s reputation in the UK and abroad. “What hurt me at the end of the meeting is that they admitted that Haitian authorities had, at no time, been informed by Oxfam about the commission of such crimes,” Fleurant told Reuters in an interview. “According to the law, someone who is aware of the perpetration of a crime is obliged to alert the nearest authorities,” the minister said.

Prostitution is illegal in Haiti. The minister also said he was looking into reports, denied by Oxfam, that one of the women was under age. Former Judge Claudy Gassant said that under Haitian law it could be considered illegal to not report a crime to relevant authorities. Oxfam International Regional Director for Latin America, Simon Ticehurst, and Oxfam Intermon Executive Affiliate Unit head, Margalida Massot, speak with Haiti's Minister of Planning and External Cooperation Aviol Fleurant at their arrival for a meeting in Port-au-Prince, Haiti, February 19, 2018. REUTERS/Andres Martinez Casares After the meeting, Simon Ticehurst, Oxfam International’s director general for Latin America and the Caribbean, said he apologized to Haiti’s government and people for what happened, and said the organization was willing to collaborate “as much as we can” in further investigations.

Oxfam earlier on Monday released the 2011 internal report documenting accusations against Roland Van Hauwermeiren, who ran the charity’s operation in Haiti after the 2010 earthquake and resigned in 2011. Hauwermeiren has denied paying for sex with prostitutes or abusing minors. “We have taken a lot of measures to improve our internal safeguarding measures. We have given, as best as we can, explanations as to what happened in 2011,” Ticehurst said. Fleurant said the government wanted all charities operating in Haiti to reveal more about sexual misconduct by their missions in the country. “An investigation has been launched into the functioning of all non-governmental organizations, regarding sexual crimes and abuses,” he said, without giving more details.

Last week, Haitian President Jovenel Moise said sexual misconduct by staff of Oxfam was only the tip of an “iceberg” and called for investigations into Doctors Without Borders and other aid organizations which came to the country after the earthquake. On Monday, Doctors Without Borders said it was unclear from Moise’s remarks what specific cases he was referring to, and said it was seeking to gain a better understanding of the Haitian’s government’s concerns.