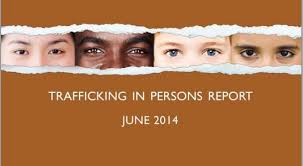 The U.S. State Deparment's Office to Monitor and Combat Trafficking in Persons (G/TIP) today announced a grant of $4.75 million to ten grantees to strengthen the capacity of the Haitian government and civil society to prevent and respond to human trafficking. Information about grantees and their activities follows in the official announcement below.  Background on human trafficking in Haiti and the Dominican Republic can be found in the 2010 Trafficking in Persons Report.